Kevin O’Sullivan: National Bike Week – Time to change the culture and shift the burden of proof 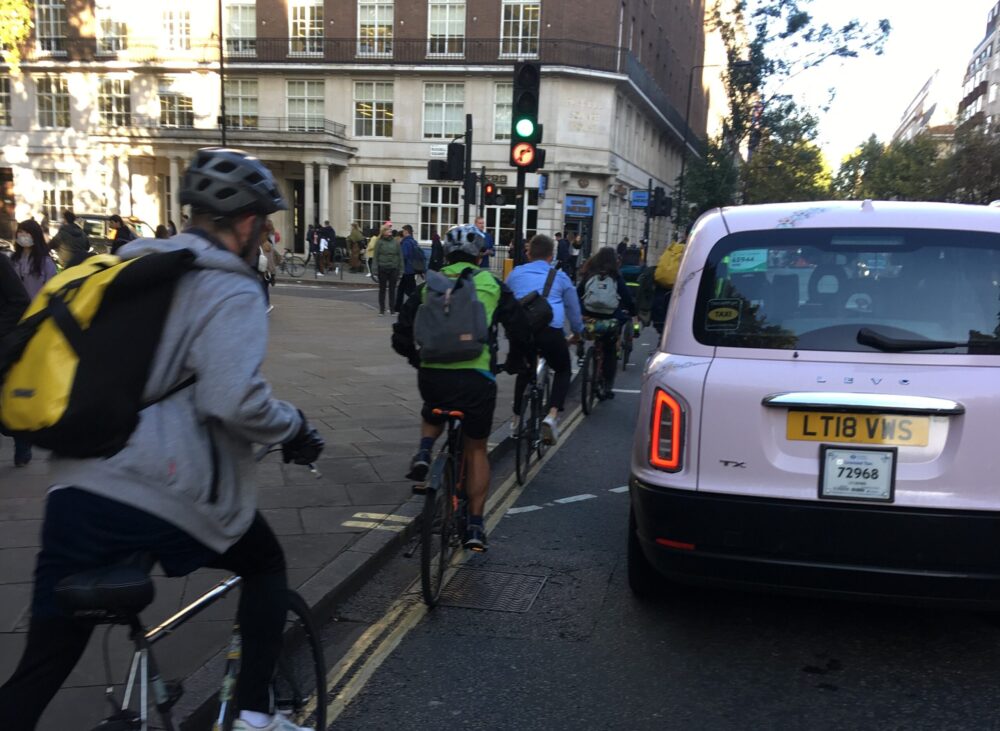 Kevin O’Sullivan, founder of Cycle Legal, discusses the challenges of proving liability for RTAs where vulnerable road users are involved

The first myth to slay is the repellent expression ‘’presumed liability’’. It, quite understandably, sets any self-respecting motorist’s teeth on edge. No one is presuming anything.

I can’t see the RAC, AA, and ABI clamouring to vote for ‘presumed liability’ and I wouldn’t blame them.

Vulnerable Road Users (VRU’s) are pedestrians, particularly the elderly, the disabled and young kids, the mobility scooter rider, e scooter and cyclist, the motorcyclist , the moped first, up to the sports bike.

Up against cars, vans, buses, coaches and lorries, all of these VRU’s have to share the road space, often all crowding in together in a noisy and dangerous urban environment.

In a civil claim following an accident, the VRU has to prove negligence against the larger vehicle even though their injuries often mean that they cannot recall what happened.

Judges in civil law cases, tasked with the difficult question of apportioning civil liability between road users in the event of a dispute, have long since recognised the concept of ‘causative potency’.

‘Causative potency’, in my view,  is a much finer and succinct use of language than the inaccurate and loaded ‘presumed liability’. Causative potency recognises the much greater potential for harm and destruction than a bigger vehicle has over a smaller one, or even a pedestrian, the most extreme and obvious example is a HGV in collision with a child.

How can it be right that two such parties have to take each other on in law as if they are on an equal footing when they are such an obvious mismatch when they come together on the road?

I’ve conducted inquests on behalf of a bereaved cyclist’s family against a HGV driver and I have enormous sympathy with the drivers of the largest vehicles on our roads. They have an exquisitely difficult task when making left turns , their lorries are often inadequately designed, there are so many mirrors with different angles and focuses to contend with , there is so much noise going on, the cyclist can be so hard to see…and but and but…

Whilst cyclists are the people whose legal rights I fight for on a daily basis, this shift in the burden of proof would benefit every single road user. Why ?

Because whoever we are, a headbanger militant cyclist who never even allows himself a minicab or Jeremy Clarkson with a tribe of SUV’s ,each of them parks up their machine and crosses the road.

We are, all of us , pedestrians , from the time when we take our first steps at the age of 12-18 months until we are crossing the road with a stick or zimmer frame. Each, the toddler who breaks free of his mother’s hand and the elderly woman who cannot even make it across the road in the allotted green man phase of a pedestrian crossing , is the most vulnerable of vulnerable road users .

And here’s the thing. Making this civil law change will hardly change anything on the ground. Why?  Because judges in the civil courts, where the common ‘judge made’ law is made which influences civil cases one way or the other, have recognised for decades that VRU’s need protecting, hence the well used term, causative potency.

Why then , campaign for a change that would make very little difference to how cases are decided in the civil courts? It’s for a similar reason that Chris Boardman was campaigning for this very change in May 2020 , two months into lockdown,  and in response to the government’s enthusiastic embracing of active travel.

This shifting of the burden of proof would help to create the cultural shift that can underpin the £2 billion of hard cash that the government invested into active travel during the pandemic. Great changes over many years have been made in our cities in favour of active travel. Greater changes still have been put in place since the pandemic. This law change would show that the government wished to effect the long lasting cultural change that is needed to accompany this.

What it will always be is a road user who is so much more vulnerable than them.

Kevin O’Sullivan (@cycle_legal) is the founder of Cycle Legal, the first and only law firm in the UK which acts just for cyclists.